These images depict a sculptural form constructed from homemade projectors. I was experimenting with these projectors as a means to create implied spaces. The projectors themselves exist in tangible form, while their projections exist in intangible form, i.e. an implied space. I am interested in the movement between the projector and its virtual projected image, this temporary state of flux, the flow between the actual and the virtual, the real and the imaginary, the past and the present. 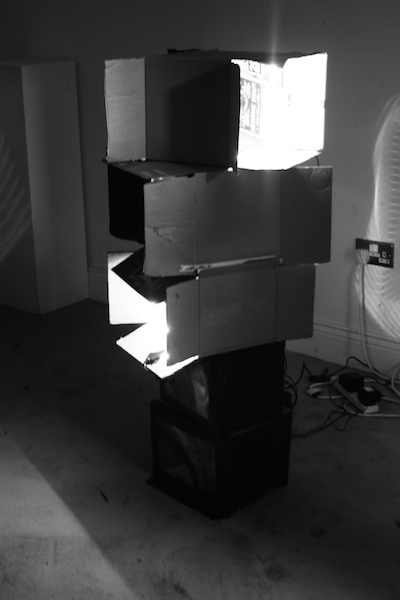 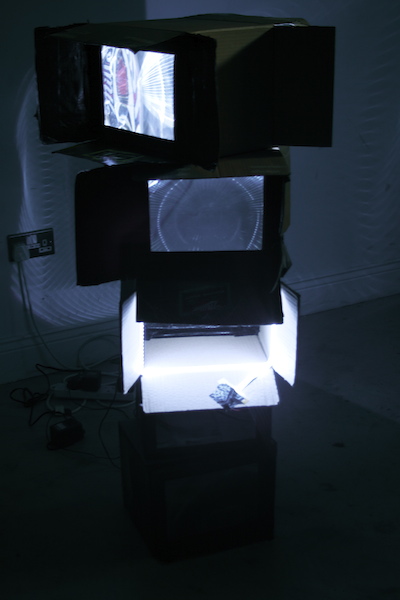 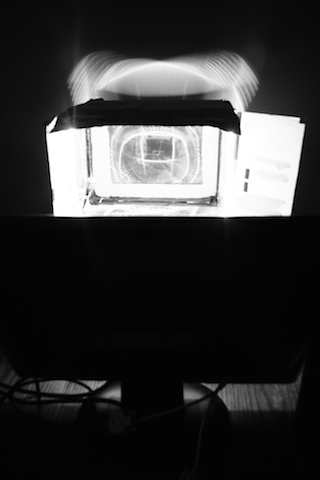 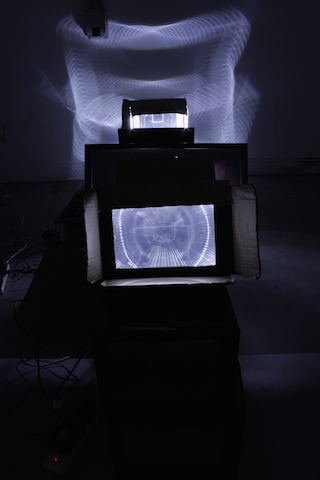 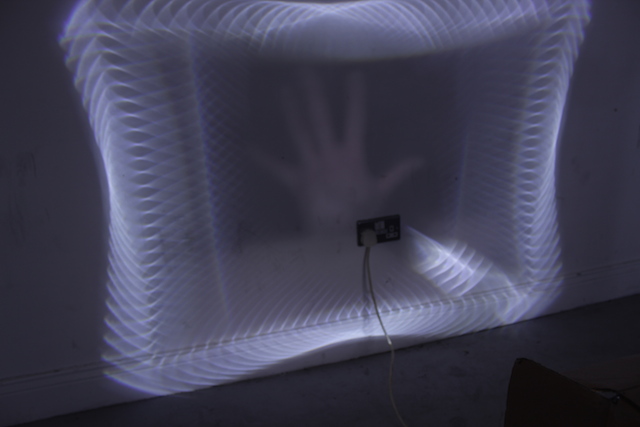 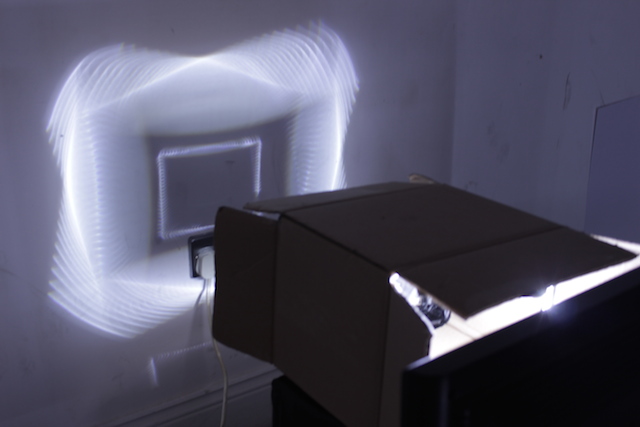 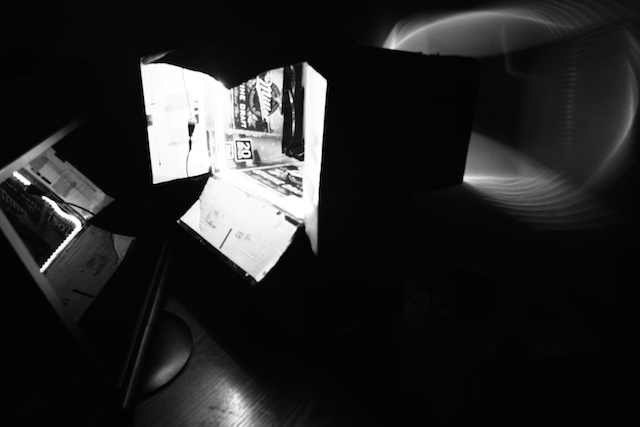 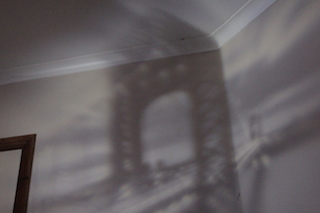 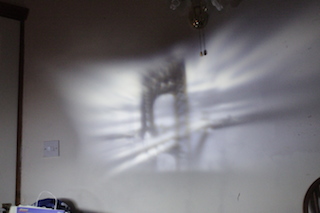 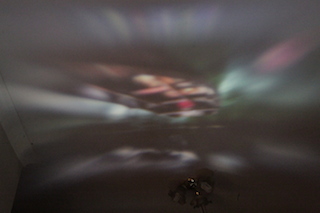 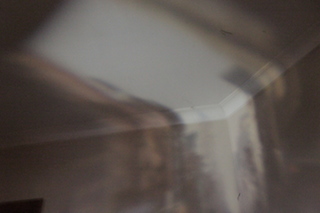 
Located in the foyer of Limerick School of Art & Design, LSAD.  This Camera Obscura was constructed to allow students entry in order to witness first hand the real - time experience offered by the Camera Obscura, the images depicted below are a digital documentation of the inverted image captured by the camera obscura itself.. 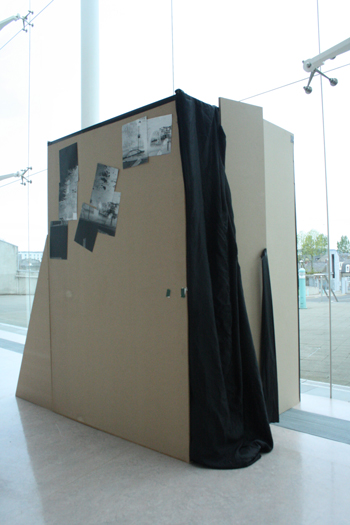 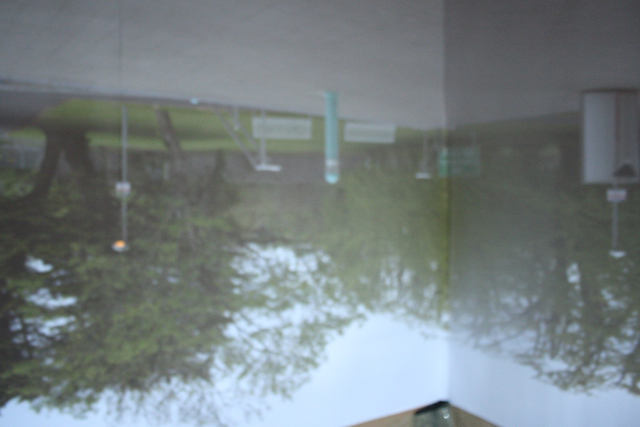 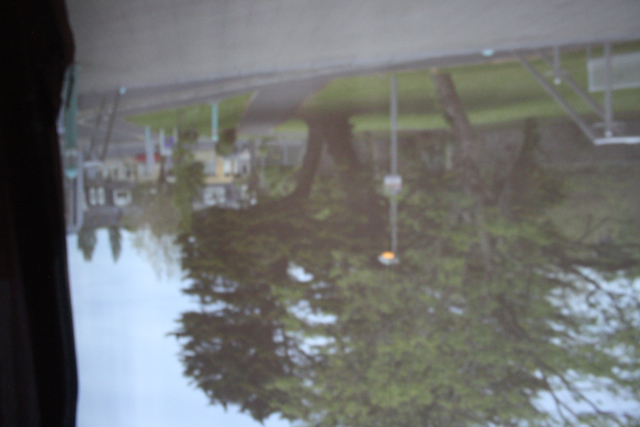